Legacy of the Special Areas

The Special Areas was created in 1938 and remains unique today

The Special Areas is a region along the border of Saskatchewan that has a unique history in Alberta. Formed to assist the region during the Great Depression and drought in the 1930s, the Special Areas still provides a unique administrative model for 4% of Alberta’s land.

Within the Land-use Framework, the Special Areas is located in the Red Deer region – a region that does not yet have a regional plan. 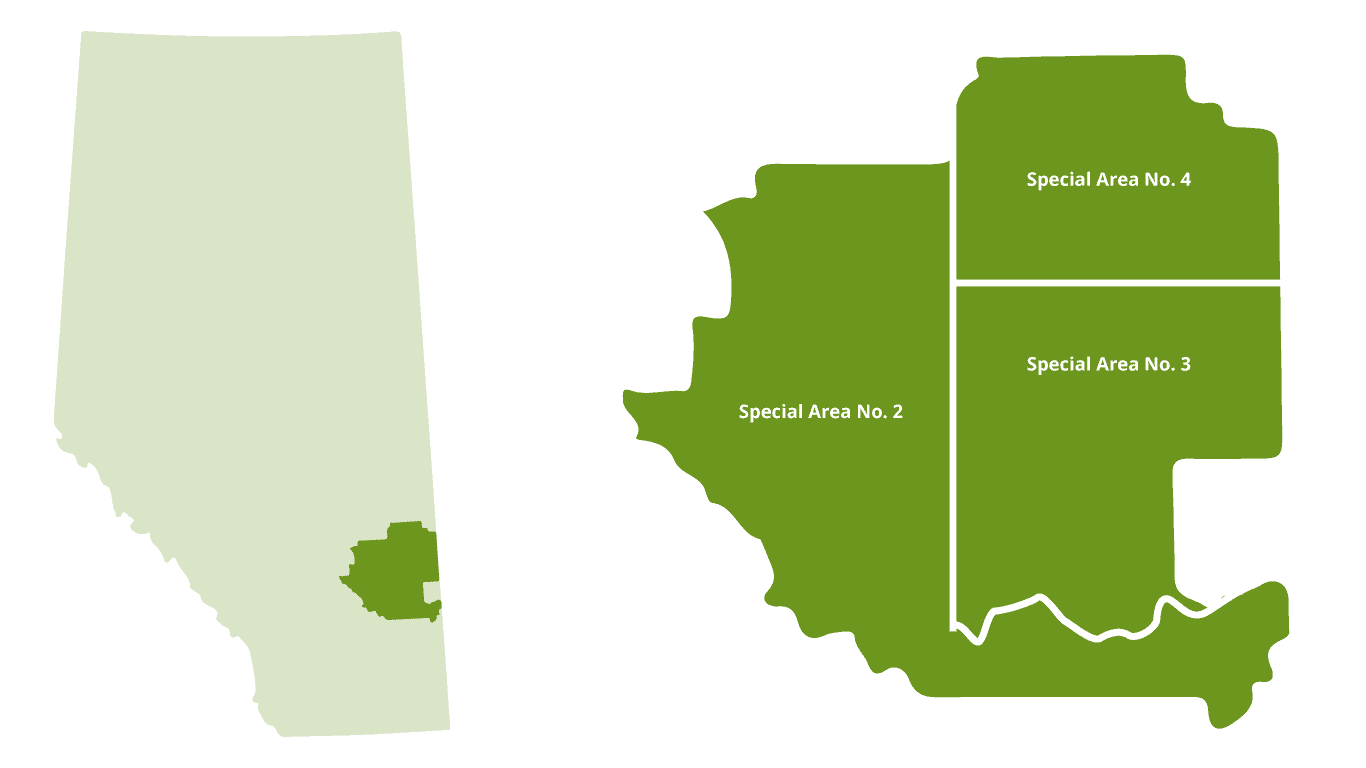 History of the Special Areas

In the late 1880’s, the Special Areas started to be used for open range cattle ranching and then growing wheat and other crops. With a dependency on ranching and agriculture, the impacts of the drought in the 1930’s placed a special focus on the region.

The Tilley East Act (1927) and Berry Creek Act (1932) were implemented by the Alberta government to transition the region from farm-based use to ranching. Both acts were combined in 1934.

Similar to the jurisdiction of municipalities, the Special Areas Board was responsible for municipal services and managing public land through leases and community pastures.

In 1938, six Special Areas were created. These areas were consolidated into four Special Areas in 1939, and further revisions have resulted in today’s composition of three special areas.

The historical land use of the Special Areas has shifted from a reliance on wheat production to a more diverse mixture of farming, ranching and oil and gas production. Along with these changes is a reduced vulnerability to drought.

Land use planning is overseen by the Special Areas Board. It is located within the Red Deer region, so the Land-use Framework regional plan has not yet been implemented.

A proposed water pipeline project will transport water from the Red Deer River for use in the Special Areas – a project that intends to reduce the impacts of droughts in the future. With over 100 kilometres of pipeline, this project is a significant development that has been in the works since the late 1980s. 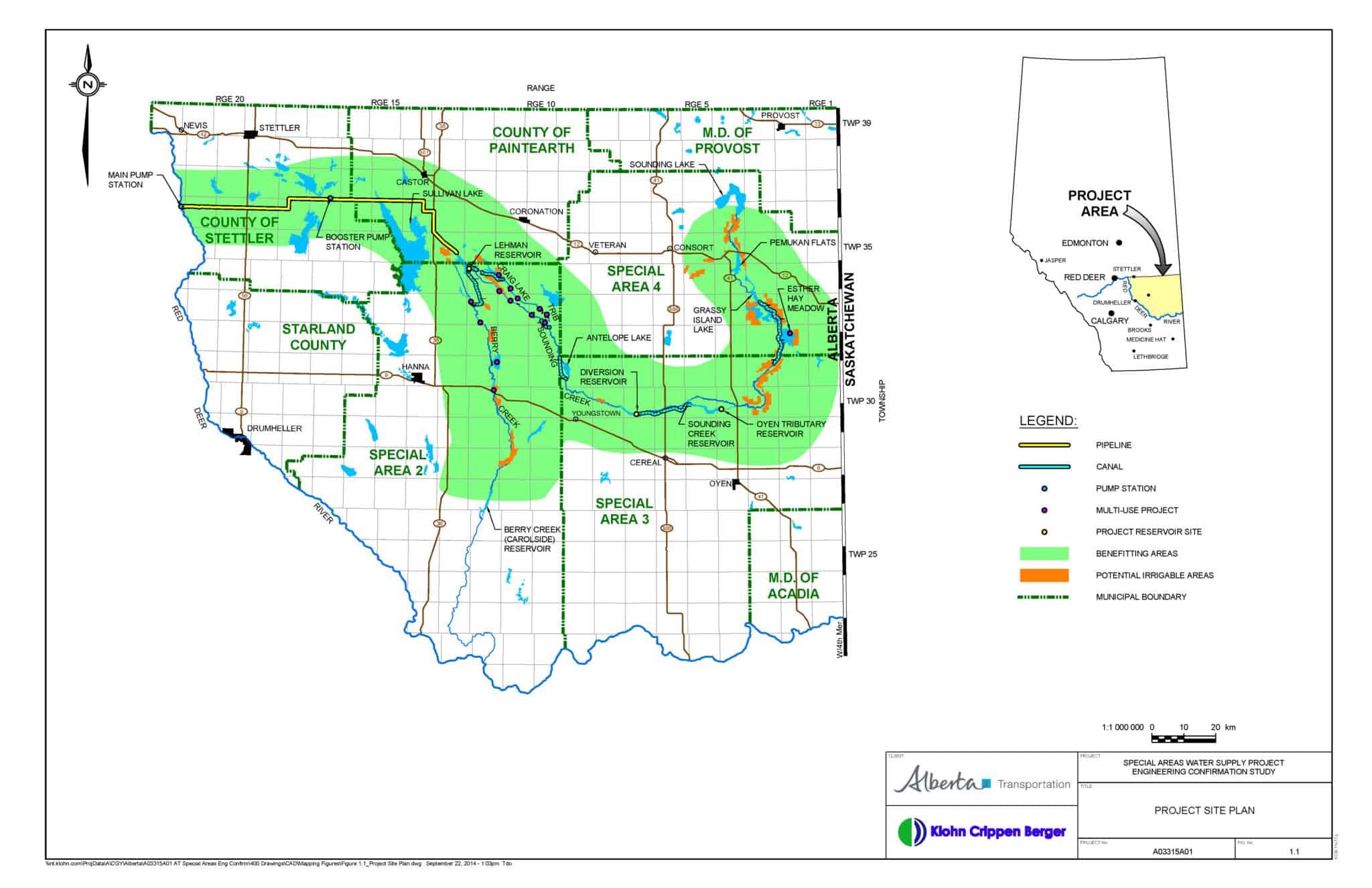