How communities can prepare for the worst

The national Emergency Preparedness Week was held in early May, but that doesn’t mean that the steps to prepare for major emergencies are complete. Ongoing preparation and review of response approaches means municipalities improve their ability to respond extreme events.

Scope of disasters in Alberta

As a prairie province far from active tectonic zones or coasts, Alberta is buffered from extreme disaster events such as hurricanes, tsunamis and major earthquakes. But this doesn’t mean that Alberta is immune to costly disasters.

The extent of damage from a disaster can be measured with insurance payouts. Out of the top 10 most costly disasters in Canadian history for insurers, seven disasters have been in Alberta. Here is the list of 10, with the insurance payouts in dollar values at the time of the disaster. 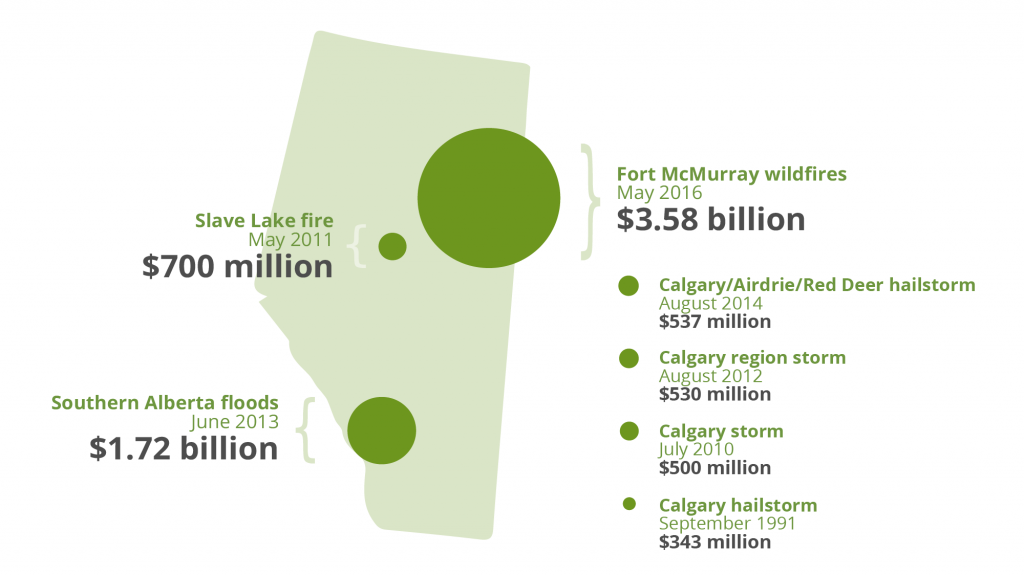 It is notable that widespread events (such as hailstorms that damage property and crops) create tremendous costs. Localized disasters may not cost insurers as much, but the costs don’t take into account fatalities or injuries. The 1987 tornado in Edmonton did $300 million in damages but killed 27 people and injured 600.

From rain to hail, floods to fires – Alberta’s disasters have a tremendous impact on our communities. Every Albertan has a responsibility to understand the risks and make appropriate preparations. Alberta’s municipalities and local authorities have an important role, as they are the first to respond to any type of disaster event.

Here are the three stages of disaster management and tools to support every step.

History can be a guide. The potential disaster risks in a region can be identified by reviewing what has happened in the past.

Public Safety Canada tracks major disaster events in the country on their interactive map and disaster database. The criteria for a disaster include these conditions:

The historical disaster events are categorized by natural, conflict and technology – a reminder that natural disasters depend on the location but the situation can be more important than the setting for other types. 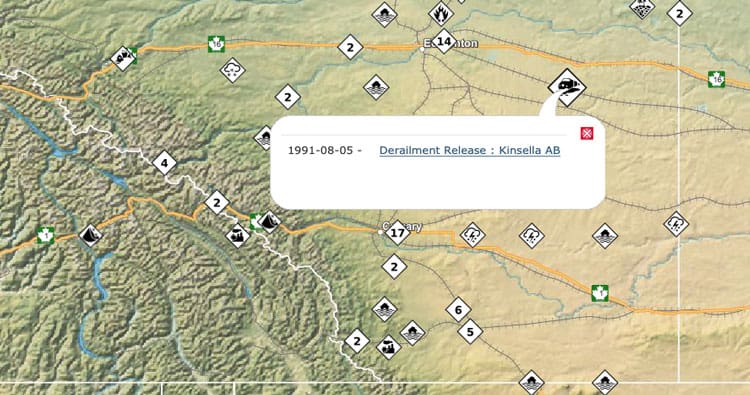 Narrowing down to Alberta-specific disaster events, the potential major hazards identified by Public Safety Canada are:

To refine the potential for location-based disasters even further, some Alberta communities have identified the possibilities for their region. One example is the Calgary Disaster Risk Explorer. The trends, likelihood and mitigation are identified for blizzards, damage or failure of critical infrastructure, drought, cold, heat, rain, flooding, tornadoes, rail accidents, snowstorms and windstorms. The disaster explorer is a complement to the city’s disaster preparedness resources for Calgarians. 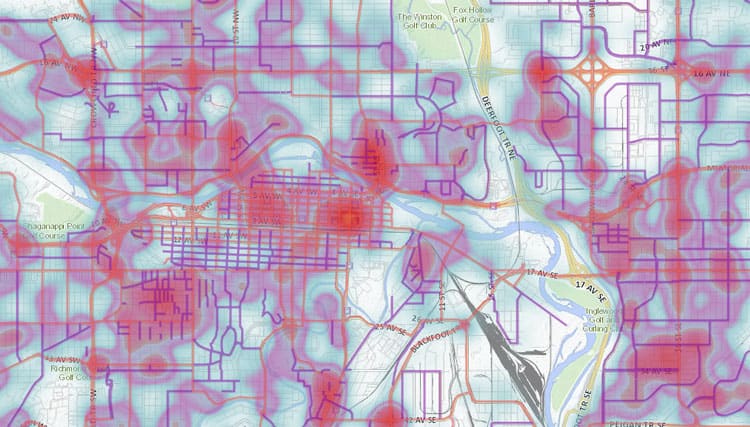 The Calgary Disaster Risk Explorer includes maps and data on potential emergency events, including this heat map for snow and ice concerns in the downtown region.

Shortly after his final military assignment in 1994, Colin Powell said:

“There are no secrets to success. It is the result of preparation, hard work, learning from failure.”

Disasters preparedness also has no secret – preparation, hard work and learning from the past are the keys to avoid or reduce future impacts. Local, provincial and national agencies bridge the gap between uncertainty and preparation with comprehensive online resources. These resources can be ordered according to urgency.

The Government of Alberta displays alerts and current emergency information on the Alberta Emergency Alert Index. Alerts can be sent out via RSS feeds, social media, mobile apps, road signs and in media. The program also includes wireless emergency alerts – messages sent to all mobile devices connected to LTE networks. Emergency alerts can be sent by authorized agencies, including:

More information about alerts for municipalities is available in the Community Emergency Management Program through the Municipal Affairs Connect Portal.

Individuals, businesses and communities can all prepare for potential emergencies by preparing an emergency plan and collecting supplies or emergency kits. A target is to have a plan and supplies to last 72 hours.

Government resources are available to assist citizens in preparing for a disaster event. 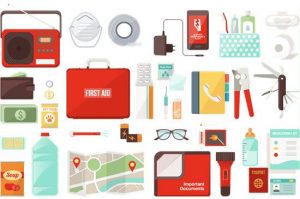 Recommended items in a emergency kit, from the Alberta Emergency Management Agency.

Here is more information about planning for wildfires in Alberta – an emergency that is among the most disastrous and notable in the province.

When a disaster strikes, municipalities and local authorities are on the front lines. They are the first to respond by issuing alerts and coordinating emergency and community responses. Municipal emergency action plans provide the step-by-step process to coordinate and respond quickly.

An example of a response action plan is available from Edmonton’s Office of Emergency Management. Resources include an emergency operations centre, an operational unit that addresses immediate needs following an emergency, and staff and an advisory committee that helps identify hazards and opportunities for preparation.

How future-ready are municipalities in Alberta?