State of regional planning in Canada

British Columbia has strategic land use plans for eight regions in the province that are focused on resource management outcomes. This direction dates back to 2007, and since then land use plans have been created for subregions within the eight regions – including in coastal and marine areas.

Since 2018, British Columbia has been undergoing a process to modernize its land use planning process by improving collaboration with Indigenous communities. The goal of this modernization is to inform the provincial land use planning process with the United Nations Declaration on the Rights of Indigenous Peoples (UNDRIP) and the Truth and Reconciliation Commission Calls to Action. 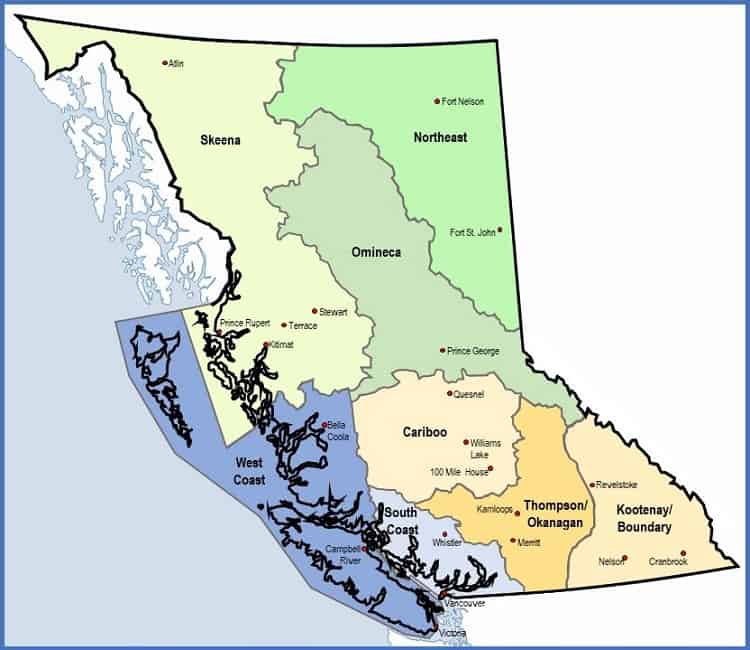 The eight land use planning regions in British Columbia

Alberta’s current approach to land use planning dates back to 2007 with the introduction of the Land-use Framework. There are seven regions in Alberta, with regional plans completed for two regions and one in development.

Here’s more information about the regional planning process in Alberta. 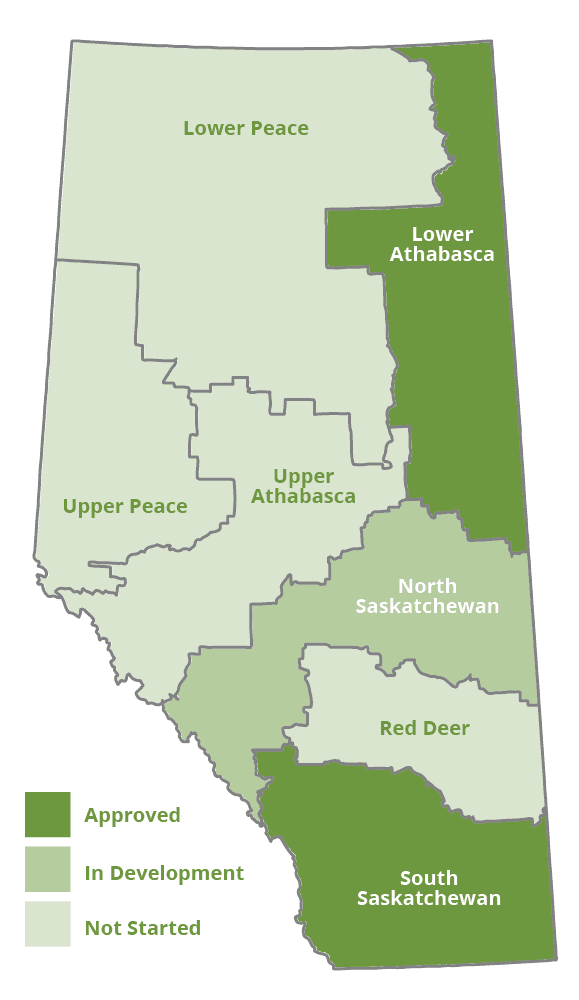 Map of Alberta’s regions according to the Land-use Framework

Saskatchewan is in a process up updating its approach to regional land use planning. A workshop with elected officials, government representatives, community leaders and citizens interested in regional planning was held in December 2018.

The framework and approach to regional planning in Saskatchewan is under development.

Manitoba’s current Planning Act originates from 2005 and coordinates planning across municipalities and planning districts. The Act provided a legislative foundation for regional planning and made land use planning a mandatory role of all local governments. Regional strategies for development, agriculture, resource development, water, transportation and more can be created by two or more local government, and planning districts can be formed to collaborate on a variety of land use planning issues.

Manitoba’s Planning Act sets out the processes and legislation to create regional strategies, planning districts and development plans. It does not define the regions but provides the regulations for regional cooperation beyond local governments.

Ontario’s land use approach involves the regulatory framework for local governments to collaborate and resolve any disputes, and then provincial plans for regions or issues that have unique environmental or economic considerations. Official land use plans are created by municipalities. Provincial plans include:

Prince Edward Island initiated a task force that presented in 2014 on ideas for future land use policy.

In Nova Scotia, the Department of Municipal Affairs has a priority to set the direction for partnerships among municipalities and create a model for regional networks.