Land use and coal in Alberta (Roundup)

These resources are related to land use planning and coal development in Alberta.

History of coal in Alberta

An 2010 overview of the coal industry from the Government of Alberta describes the history of coal in the province: 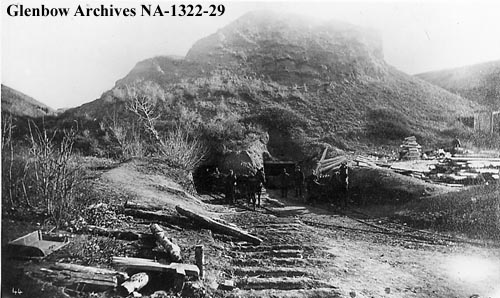 Alberta’s Land-use Framework is the blueprint for regional land use planning in the province. It sets out the approach for regional planning and the main principles and goals.

The South Saskatchewan Regional Plan is a plan under the Land-use Framework for the southern-most region in Alberta. Extending from the Rocky Mountains to the Saskatchewan border, the region is home to some important areas for historic and present coal development.

The plan includes an overview of the state of coal development today:

“The Government of Alberta is continuing to explore development opportunities for our abundant coal deposits. Given the current and anticipated future global demand for coal, particularly from Asian markets, maintaining opportunities for responsible development of coal resources is important to the region and the province. The mountains and foothills in the western part of the region, as well as the plains in the east, have significant coal fields with good potential for development.

“The metallurgical coal potential in the region is of significance in that the coal can be used in the steel-making process. For many developing or expanding countries, steel will be an essential component for infrastructure and Alberta’s metallurgical coal could help meet those demands. Exploration and investment for coal near the Municipality of the Crowsnest Pass in the eastern portion of the region has increased over the past five years and demonstrates the future potential for coal development in the region. Ensuring opportunities for coal exploration and development in the region will create economic diversification opportunities and export markets for Alberta coal and mineral resources and will result in increased employment in the region.”

In the implementation plan, integrated resource plans are expected to be reviewed and incorporated into broader regional or subregional plans. Further review of coal categories was described:

“As part of reviewing and incorporating the Integrated Resource Plans, the government will integrate a review of the coal categories, established by the 1976 A Coal Development Policy for Alberta to confirm whether these land classifications specific to coal exploration and development should remain in place or be adjusted. The review of the coal categories will only be for the South Saskatchewan planning region. The intent is for the SSRP and implementation strategies of the regional plan or future associated subregional or issue-specific plans within the region to supersede the coal categories for the purposes of land use decisions about where coal exploration and development can and cannot occur in the planning region.”

As referred to in the South Saskatchewan Regional Plan, the 1976 Coal Policy (A Coal Development Policy for Alberta) outlines land classifications specific to coal development. The policy was introduced in response to the extensive – yet largely inaccessible – amount of coal in the province.

“An energy resource of this magnitude cannot be ignored or remain undeveloped indefinitely, especially in view of the fact that Alberta’s existing supplies of relatively low cost energy sources — conventional crude oil and natural gas — are being steadily depleted. At the same time, Canadian demand for energy supplies — especially fossil fuels -­ is growing at a steady rate, and firm steps must be taken to ensure that new energy resources are found and developed to meet future domestic requirements. This means, in addition to accelerating the search for conventional oil and natural gas, we must look to alternative fossil fuel resources, which in the shorter term are the economically access­ible, mineable deposits of oil sands and coal.”

This policy was rescinded on June 1, 2020 for this reason, as stated in an information bulletin:

“The only mechanism left in effect from the Coal Policy before rescission was the land use classification system comprising four coal categories. Other mechanisms, such as provisions pertaining to royalties, labor requirements, environmental protection, and Crown equity participation, were superseded or not enforced.

The coal categories are no longer required for Alberta to effectively manage Crown coal leases, or the location of exploration and development activities, because of decades of improved policy, planning, and regulatory processes.”

A directive published on September 2020 by Alberta Environment and Parks, Restriction on Coal Activities on Areas of Public Land in the Eastern Slopes, outlines the next steps for lands designated Coal Category 1:

This direction is implemented through the establishment of four Protective Notations (PNT) aligned with the Land Use Framework regions covered by former Coal Category 1 lands. The PNTs will be placed within the South Saskatchewan Region, the North Saskatchewan Region, the Upper Athabasca Region and the Upper Peace Region. The PNTs are an interim tool that will remain in place until land-use planning or other policy instruments provide updated direction for former Coal Category 1 areas and replace the direction provided by the PNTs.

A protective notation is a land designation that indicates the intent to protect and manage that land under some land use or legislation.

WPACs and their impact on municipal watershed planning


Study on the collaboration and communication between WPACs and municipalities

The opportunities for municipal ecosystem services


In emerging research, the benefits from ecosystems are becoming defined and quantified