A new investment into irrigation in southern Alberta will be the largest irrigation expansion in the history of Alberta.

The mix of investment comes from within and beyond the province:

“This is a slam dunk for growth in one of our economy’s most important industries,” said Premier Kenney in a news conference on Oct. 9. The funding is intended to modernize irrigation infrastructure to increase storage capacity, which will increase the amount of land that can be irrigated while using the same amount of water.

As one of the top land uses in southern Alberta, agriculture represents the top renewable and sustainable resource within the South Saskatchewan region.

There are 13 irrigation districts in southern Alberta that own, operate and maintain the infrastructure necessary to divert, transport and deliver water for agricultural purposes in addition to municipal, industrial, commercial and recreation uses. Irrigation supplies water to around 42,000 Albertans in 50 municipalities. 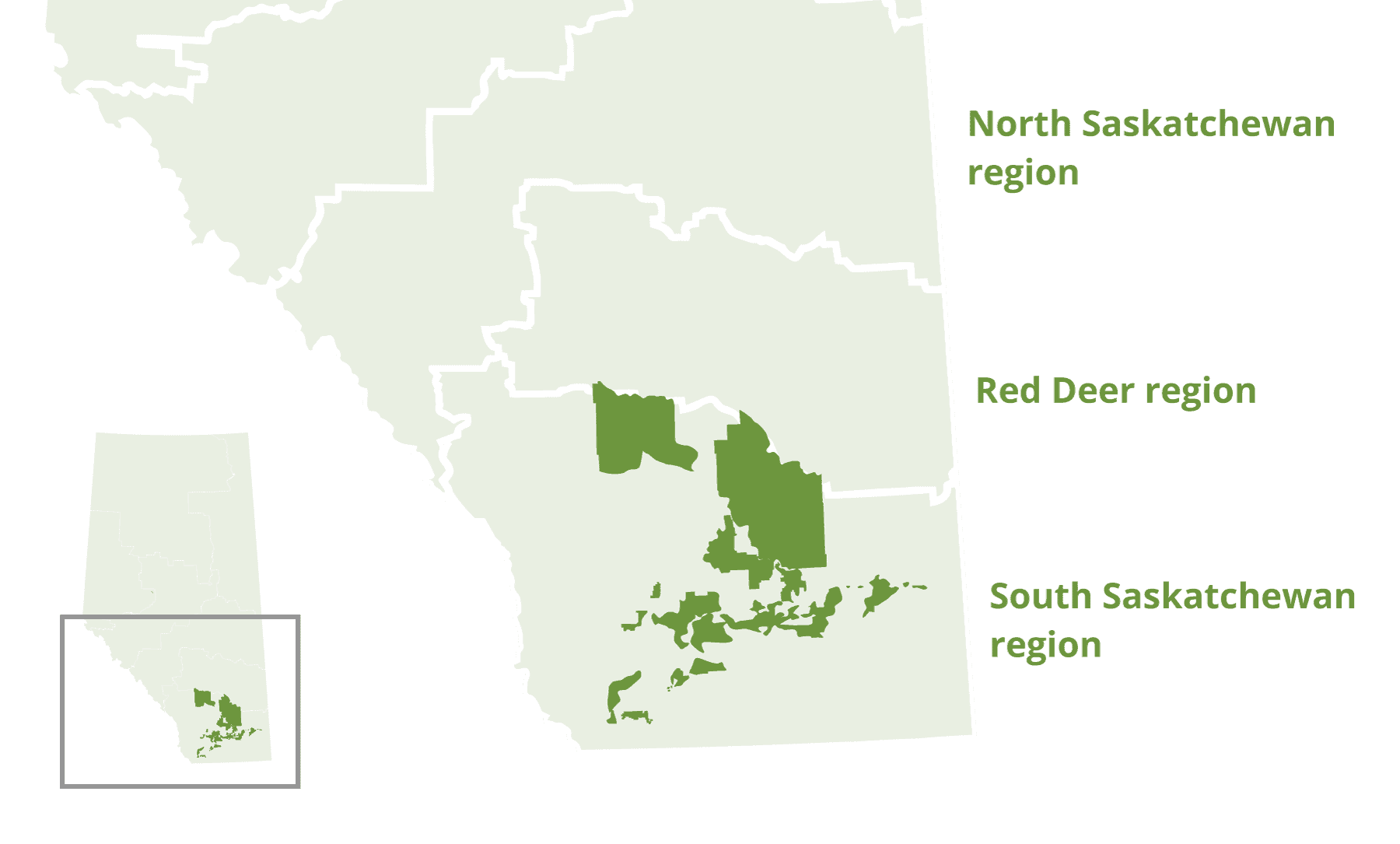 History of Irrigation in Alberta

The first recorded irrigation project in Alberta was in 1878, when water from Fish Creek near Calgary was diverted to irrigate around 20 acres. Irrigation districts were authorized in 1894, under the conditions that surface waters cannot become private property and the use of water is regulated by water licenses. There have been successful irrigation districts and some failures, but these principles have continued for decades.

Today, there are 13 irrigation districts in the South Saskatchewan region that are each governed by a board of directors. The districts collect revenues and oversee the operations, maintenance and expansion of their infrastructure network. 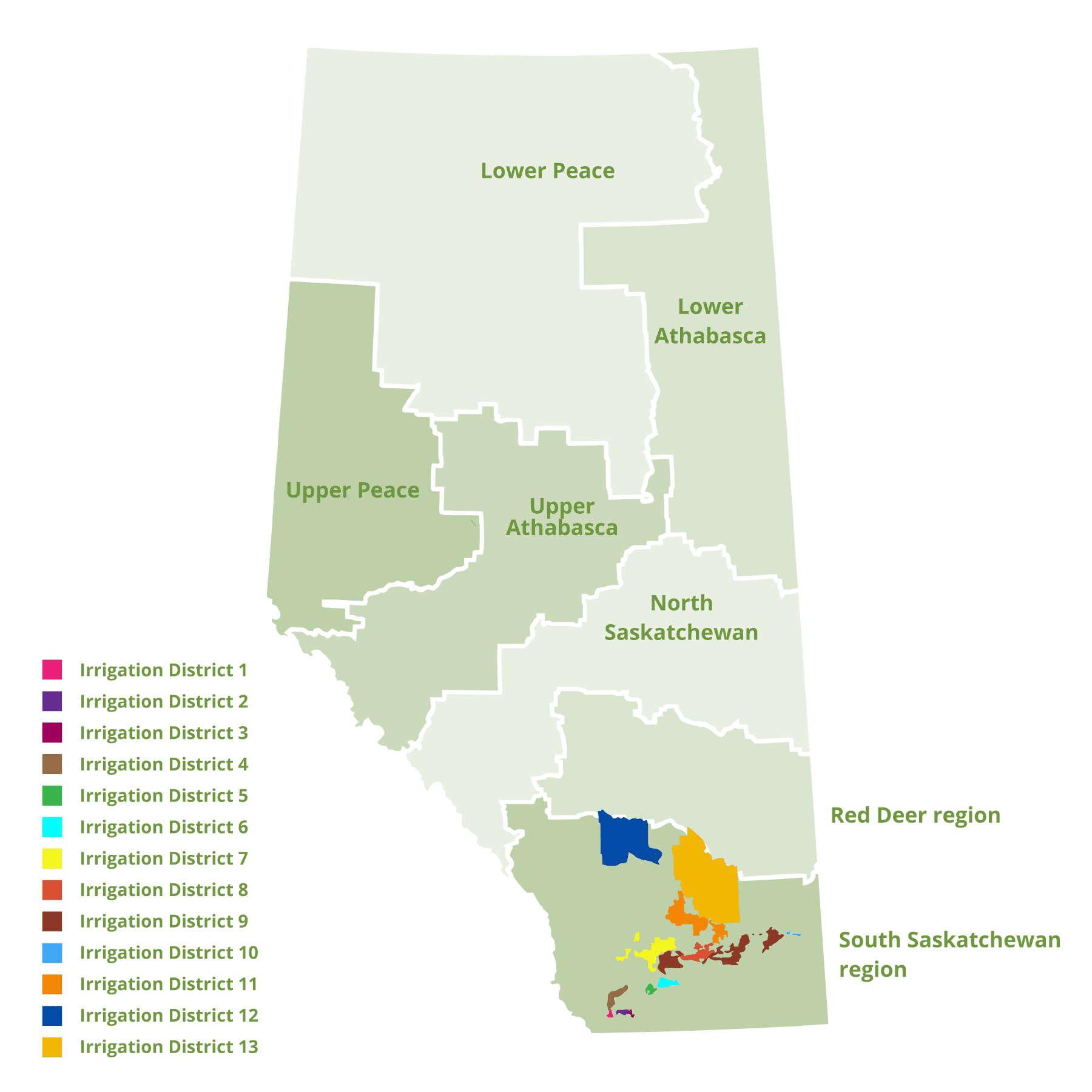 Water is a finite resource. Alberta’s irrigation strategy acknowledges that access to water is limited and water use has an impact to the people, communities and wildlife downstream.

Alberta’s Irrigation Strategy is a framework that guides the “efficient, productive, and sustainable use of water resources” through five key strategies:

It is intended that this strategy guides the efforts of the provincial government’s policies over the next 10 to 20 years.

The South Saskatchewan Regional Plan includes a classification of irrigation suitability based on:

Irrigation suitability is a key factor in land use decisions related to the conversion of public land to agricultural land.


Applications are being accepted until January 31, 2022