This primer for municipalities is the first of a two-part series on flood and drought mitigation. The first part – Municipal Flood and Drought Action Planning Primer – is the starting point for municipalities to consider the mitigation process. The Miistakis Institute is planning to create a followup to the primer – a step-by-step guide for developing mitigation plans. 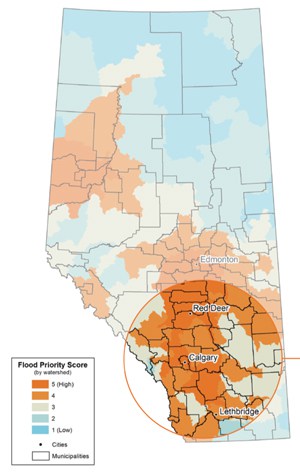 For all municipalities in Alberta, the Action Planning Primer reviews the risk for both floods and droughts. Risk maps are a first step in mitigation planning: How likely is a drought or flood for my municipality?

The primer defines and explains the impacts of both floods and droughts. To start the mitigation process, the primer reviews what can be done to reduce the impacts, such as:

Training and Courses on Land Use Planning


List of training opportunities related to land use planning in Alberta

A primer on integrated land management in Alberta


How regional plans are connected with integrated resource plans